by Matthew Johnson
in Frac
0 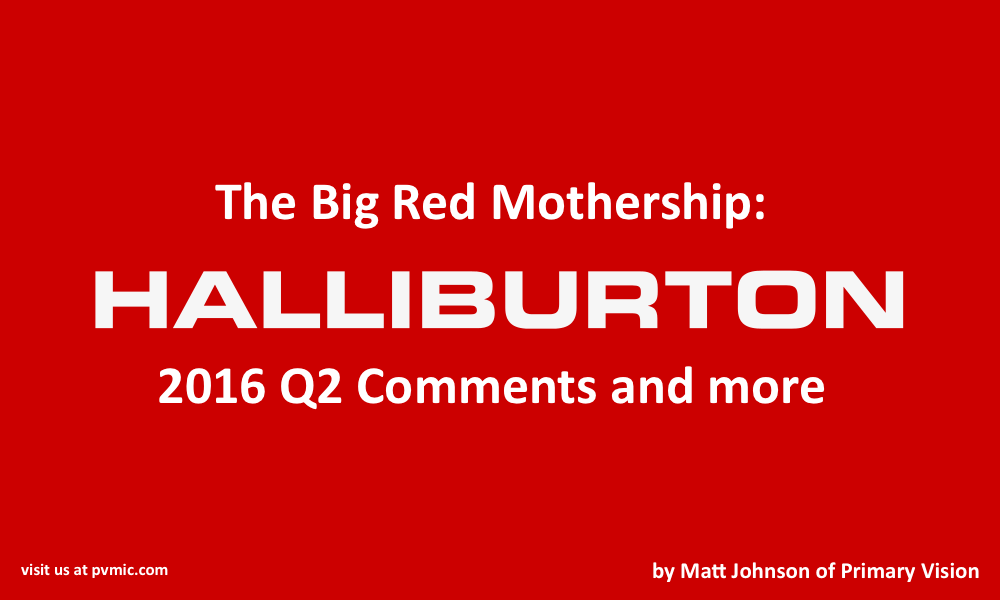 Halliburton (HAL: $44.28) reported its 2016 second quarter results yesterday and things seem to be ok, all things considered.  The majority of this article will focus on their pressure pumping activities in the United States.

The Good:  Halliburton is #1 in multiple categories of U.S. Hydraulic Fracturing.  Their stock has increased over 30% in 2016 and has outperformed their peers. 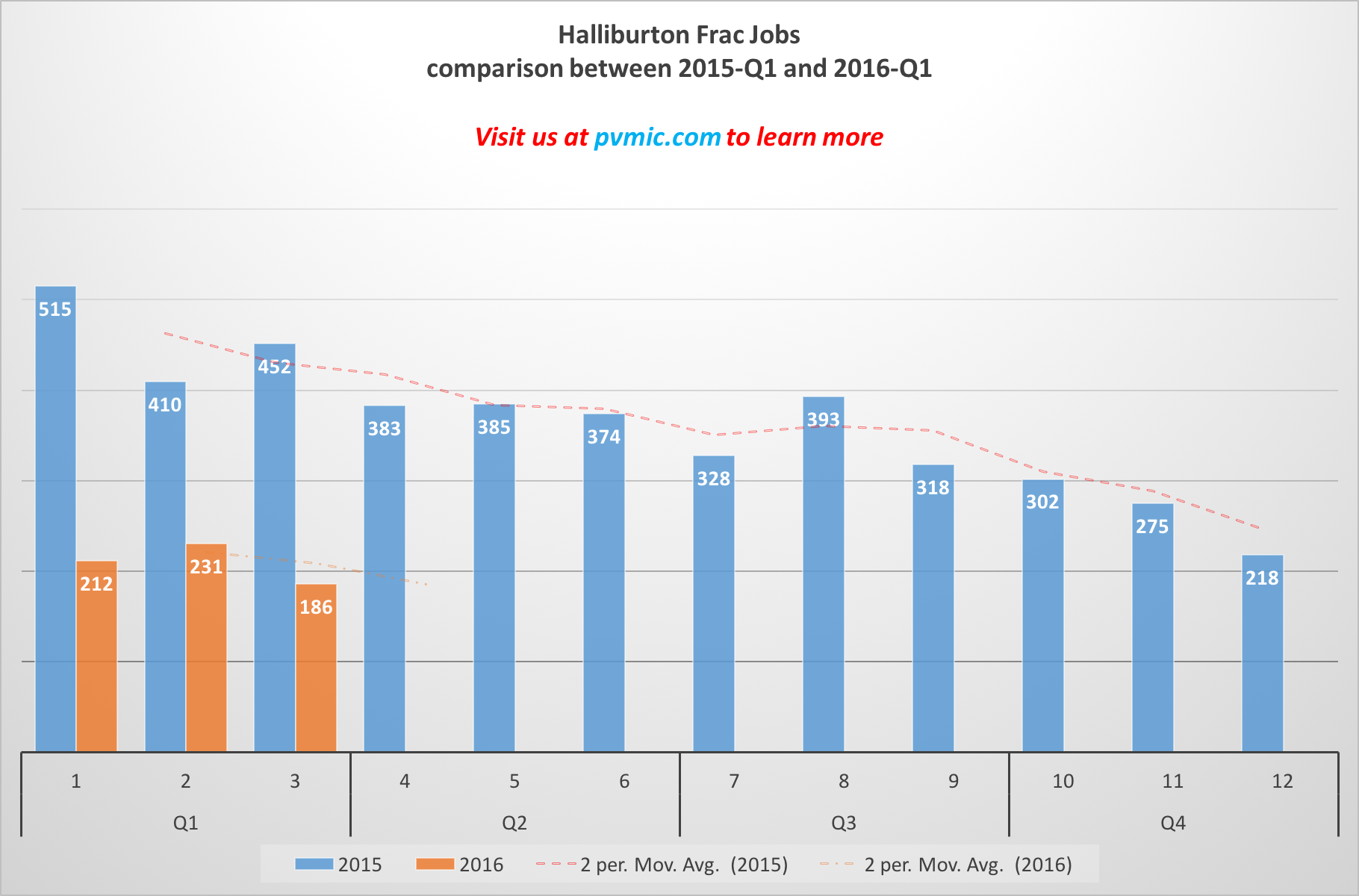 t h e   u g l y: Due to the failed merger that was realized on May 1st, HAL had to pay a $3.5b break up fee to Baker Hughes (BHI: $45.71). Venezuela did not pay $148mm in invoices (however HAL did secure a $200mm promissory, terms were not disclosed in the filing) among other impairment charges that approached $425mm. HAL commented that they’ve laid off 1/3rd of their workforce since late 2014.

Those are some 2016 second quarter highlights, or lowlights, depending on how you look at it.  We took a deeper look into our database of frac jobs (~120k jobs in the U.S. over the last 6 years) to Show hal’s activity by Frac job and frac spread.

Interested in learning more about the Primary Vision Frac Spread Count or what a frac spread is? More information here.

HAL REFRACS
We tracked, presented and reported on refracs in the U.S. last year at multiple conferences and quickly determined that HAL was on the forefront of refrac technology.  While producers and pumpers are still learning and realizing the benefits of refracs, HAL made significant strides in technology, technique and candidate well selection in 2015.  We think refracs are in their infancy and will provide a substantial source of revenue for producers and pumpers in the years to come.  HAL committed themselves to a long-term approach to refracs and as a result will stand tall as producers add refrac programs to their future plans.

As rig and spread counts, as well as crude prices, continue to level the market seems to be headed in a positive direction.  HAL has positioned themselves to be the lean and mean red machine that they can and should be.  They commented that even a modest uptick in the second half of 2016 would reap benefits.  Let’s hope they’re right.

Disclaimer
The data presented above has a margin of error of 5-8% as a result of E&P and/or service company errors or incorrect data filings.  Neither the information, nor any opinion contained in this site constitutes a solicitation or offer by Primary Vision or its affiliates to buy or sell any securities, futures, options or other financial instruments or provide any investment advice or service.